As part of our new relationship with Goddess Fish Promotions, today we're hosting author Tom Mach on a stop of his Virtual Book Tour for his book Stories to Enjoy. I read the stories, enjoyed them, but as a romance reader I had one huge question. Why no HEA? So I asked Tom to blog about it. 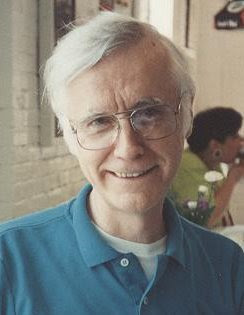 Why No “Happily Ever After” in My Stories

Probably the question as to why I don’t have any “happily ever after” endings applies more to my novels than to my short stories. None of my short stories which appear in my collection entitled Stories To Enjoy have happy endings—nor should a reader expect them. Even a master short story writer like O. Henry typically did not wrap up his stories in a nice neat package. A short story is really a snapshot of life, describing a particular incident that may present a problem or challenge to one or more characters. While that one particular problem might be resolved, the reader is not told what happens after that. For instance, in “Breakfast Over Easy”, one of my stories in Stories to Enjoy, the main character named Chuck finds his friend Larry is not meeting with for breakfast as he had done every Monday in the past. But Chuck learns from Larry’s fiancée that Chuck is dying of cancer and that Larry’s gorgeous fiancée wants to make out with Chuck This is a problem that he has to face, leaving it up to the reader to guess what might happen next. Other short stories, such as O. Henry’s “Gift of the Magi” show a resolution to one particular event (i.e., The husband gives his wife an expensive set of combs while his wife sells her hair so she could buy him a watch). However, there’s no “happily ever after” description here either. Who knows what happened the following year? Maybe the husband meets a girl who has beautiful hair.

When it comes to novels, romance fiction generally resolves an issue concerning a man and a woman. Perhaps they are initially attracted to each other, but something happens to cause a wedge between them. But later the problem is resolved; they fall in love, and perhaps get married. My concern with soap-opera-ish stories like that is that it isn’t realistic and certainly not believable. There doesn’t have to be a “happy” ending with all the ends tied up in a fancy knot. In my novel All Parts Together, for example, Jessica, my 19th century protagonist, is devastated to learn about Lincoln’s assassination, which destroys her hopes for freedom of former black slaves. But near the end of that novel there is a knock on her hotel door. It’s a woman named Elizabeth Cady Stanton and she wants to know if Jessica will join her to discuss a matter of utmost importance to the emancipation of women. So for Jessica, there’s hope. And as long as there is hope, there’s a great story—just like there was when Rhett abandoned Scarlett O’Hara…There’s always tomorrow.

This unique collection of 16 short stories written by prize-winner Tom Mach includes stories such as "Real Characters," which is about a writer who gets his wish--that his characters come alive.... "Breakfast, Over Easy" makes you wonder about loyalty in the face of temptation.... "When Kansas Women Were Not Free" takes you to a time when women were less free than former males slaves.... "Son" make you think differently about compassion. One novelist describes STORIES TO ENJOY as "memorable and intriguing, with O. Henry twists that are sure to surprise and entertain."

She leaned forward and her eyes searched my face. “How about joining me for breakfast?” she asked.

“Okay,” I said quietly. We talked for the next hour. As I told her about my having been a Hollywood writer for five years, with important contacts such as director Ron Howard or actors like Kate Winslet or Bruce Willis, her face brightened. I wanted to learn more about her, but she never gave me the chance.

Before we parted company at the entrance door, she brushed herself against me and widened her smile. “I can make it here every Monday morning from now on if you’d like. It’d be just you and me. What do you say?”

I looked back at the empty table and stared at it for a long while. Then I returned my gaze to her. Damn, she was pretty.

“What do you say?” she asked again, this time with a hint of desperation in her voice.

Tom Mach wrote two successful historical novels, Sissy! and All Parts Together, both of which have won rave reviews and were listed among the 150 best books in 2011.Sissy! won the J. Donald Coffin Memorial Book Award while All Parts Together was a viable entrant for the 2007 Pulitzer Prize Award. He also wrote a collection of short stories entitled Stories To Enjoy which received positive reviews. Tom’s other novels include: An Innocent Murdered, Advent, and Homer the Roamer.

His poetry collection, The Uni Verse, won the Nelson Poetry Book Award. In addition to several awards for his poetry, Writer’s Digest awarded him ninth place in a field of 3,000 entrants. His website is:www.TomMach.com He also has a popular blog for writers of both prose and verse at http://tommach.tumblr.com

You may also find Tom at the following links:

A big thanks to Tom for stopping by today. Please drop off a comment or question for our guest to let us know you were awake this lovely Monday in January. MorganO is still digging out from the weekend's snow storm that dumped nearly a foot on her freshly shoveled driveway. The shoveler is not pleased. We just hope winter does its worst before he goes back to college...

Thank you for hosting Tom today.

I like HEA stories but I also read other kinds.

MomJane-- What are HEA stories?sti

Tom said: 'Who knows what happened the following year? Maybe the husband meets a girl who has beautiful hair.'

I say (tongue in cheek), come on now...that's just wrong. You're not trying to say that he will give those combs to a new woman? Where's your romantic soul? Whatever the reader imagines about the ending of O. Henry's story, it's certainly not that! We all know her hair will grow out and he'll use his new watch to time how long it takes! LOL

Are any of your books classified as romance? I didn't notice any Historical Romance tags for your Jessica Radford books. So, I'm assuming you don't consider your books romance and therefore, it's a safe bet we won't see, for the most part, the HEA in your works.

HEA is a common acronym used by the Romance community, which stands for Happily Ever After. Saves a few letters when typing :)

I am kinda of fond of stories that don't always end in HEA...

I have to tell you I'm a strong believer in romance, and in all of my novels, romance plays an important part. But I'm not an HEA writer. I think leaving out HEA from my novels keeps readers guessing as to what may happen in the future. (A note to Karen: I was using tongue-in-cheek in saying that the husband may meet another woman next year with beautiful hair. But look at other scenarios--like what if the wife is undergoing cancer treatments & the husband saves her hair as a vivid memory after she dies?

HEA,first time for me,I've never heard of this. Good luck with the book.

I don't always need a HEA, but a satisfactory resolution or conclusion is most welcome. I had not thought about that in regard to short stories before.